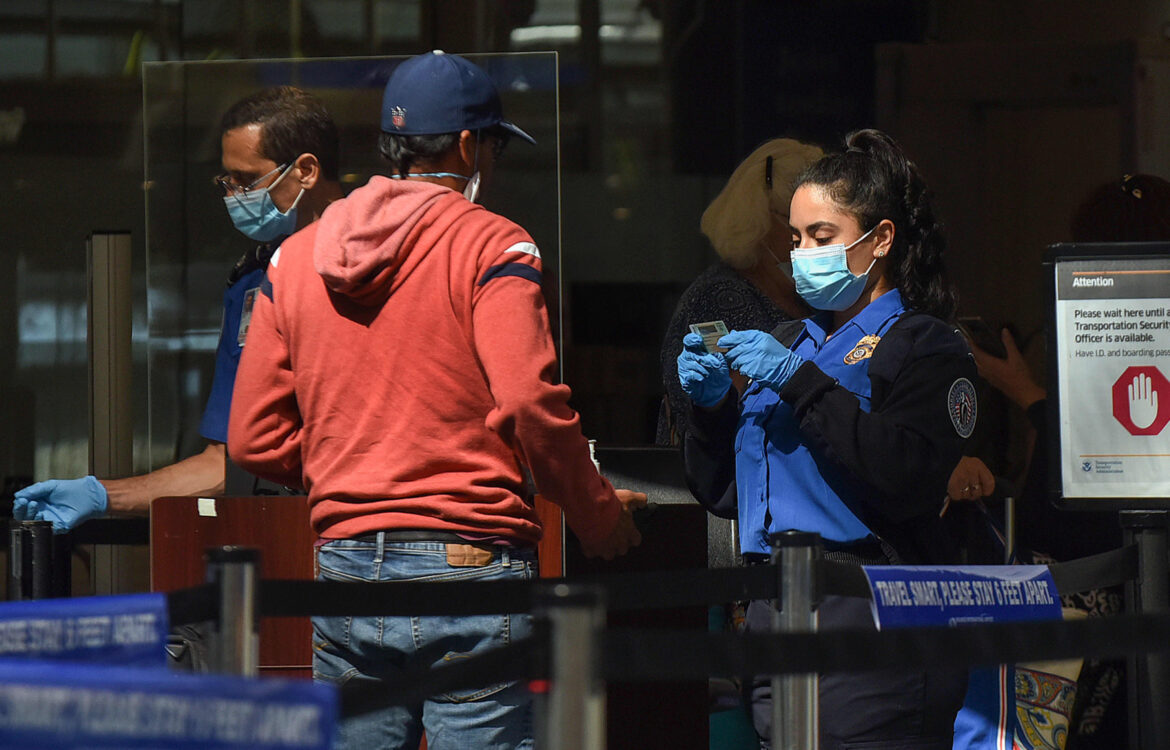 A TSA officer checks a man’s ID at a screening checkpoint at Orlando International Airport.

The Transportation Security Administration on Friday said it is assessing hundreds of people to determine whether they should be barred from flights as it steps up security ahead of President-elect Joe Biden’s Jan. 20 inauguration.

“Currently, TSA is processing hundreds of names with law enforcement agencies for a thorough risk assessment,” TSA Administrator David Pekoske said in a statement. “Our intelligence and vetting professionals are working diligently around the clock to ensure those who may pose a threat to our aviation sector undergo enhanced screening or are prevented from boarding an aircraft.”

TSA said it is also increasing the number of Federal Air Marshals on some flights, random gate screenings and more law enforcement and canine explosives-detection teams. It is also stepping up staffing at some train stations.

The additional measures come after the deadly riot at the U.S. Capitol last week and a spate of flight disruptions, some of them politically-motivated.

Following the riot, the Association of Flight Attendants-CWA, which represents some 50,000 cabin crew members at more than a dozen airlines, raised safety concerns about “mob mentality behavior” on some flights to Washington D.C. last week and said people who participated in the riot should be prohibited from flying.

The FAA promised it will take a zero tolerance policy for unruly behavior on flights and that it will fine them up to $35,000.

Airlines and airports are also increasing security. Major U.S. carriers are prohibiting passengers from checking guns on Washington D.C.-area flights starting this weekend for the next week. American Airlines is suspending alcohol sales on flights, while Alaska Airlines is limiting the number of tickets it sells to the city.