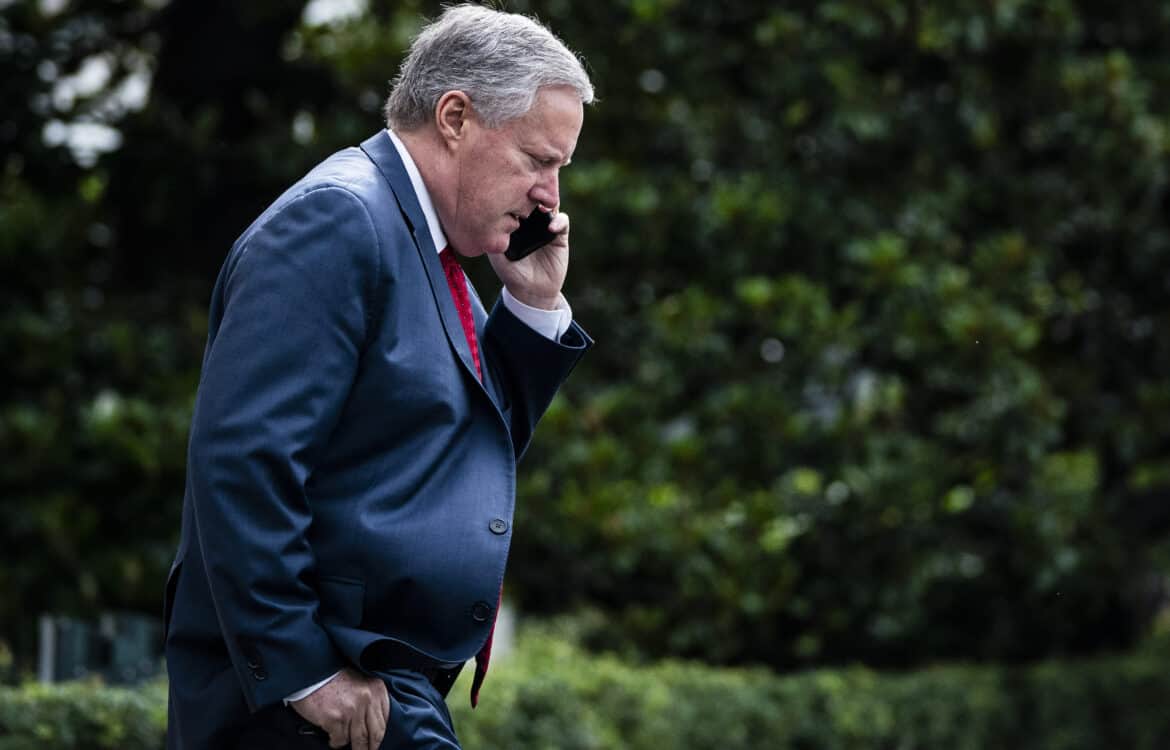 The year before he became President Donald Trump’s chief of staff, Mark Meadows took nearly $40,000 worth of trips that were paid for by nonprofit groups and conservative advocacy organizations.

Meadows, who was chairman of the fiscally conservative House Freedom Caucus, and his wife, Debra, took expense-paid business trips last year to the Czech Republic, Australia and Palm Beach, Florida, according to his latest financial disclosure report. The document was recently filed to the Office of Government Ethics.

The form says these trips were related to Meadows’ duties as a member of Congress. Meadows, who was an ardent Trump defender in Congress, became the White House chief of staff in March of this year.

Meadows, who represented North Carolina in the House, had gone on similar outings in the past, according to previous disclosures. Though ethics experts say these trips are above board, the itineraries included private dinners, parties with heads of state and, in some cases, meetings with Trump officials.

The trips serve as an example of how some members of Congress, on both sides of the aisle, get essentially free, luxurious travel as part of their duties. They also demonstrate how this way of doing business has persisted in Washington, even amid Trump’s calls to “drain the swamp.”

All congressional trips have to be approved by the House Ethics Committee. Separate documents from the Office of the Clerk, reviewed by CNBC, show that each one of Meadows’ trips was given the go-ahead by the committee’s leaders.

Meadows and his wife went to Sydney, Australia, in August for the first-ever Conservative Political Action Conference in that country. CPAC is organized by the American Conservative Union, an advocacy group that also has a lobbying arm and is chaired by Matt Schlapp. Schlapp’s wife, Mercedes, once worked in the Trump White House and is now a member of the Trump campaign.

The White House financial disclosure shows that Meadows and his wife received over $23,000 in food, travel and lodging paid for by the American Conservative Union Foundation, a 501(c)(3) also chaired by Schlapp. According to the organization’s website, it was created to help lawmakers better understand “why conservative principles work better to solve the myriad of complex and dynamic problems.”

According to the House documents, which confirmed ACUF paid for the trip, Meadows and his wife each had a plane ticket worth $10,000, their total lodging was about $2,000, and each had meals totaling over $390. The conference took place at The Langham Hotel in Sydney. Rep. Matt Gaetz, R-Fla., also attended.

The agenda included in Meadows’ House ethics disclosure documents shows that U.S. congressional attendees took part in a dinner cruise, with Brexit supporter Nigel Farage as a featured speaker. The itinerary says topics for the cruise included “How the Federal Government Can Reduce National Debt in a Responsible Way.” There was also a meeting with former Australian prime ministers Tony Abbott and John Howard.

Then there was the trip to Palm Beach, where the Club for Growth, a conservative nonprofit organization, paid over $3,000 for Meadows and his spouse to take part in a conference from Feb. 21-23, 2019, at the luxurious Breakers hotel.

Though the group says attendees picked up the cheapest hotel rate, it still cost $525 each night. Other House members who received paid trips to the conference include libertarian Rep. Justin Amash of Michigan and former Texas Rep. John Ratcliffe, who is now Trump’s director of national intelligence.

Meadows, along with Secretary of Education Betsy DeVos and Florida Gov. Ron DeSantis, were among the featured speakers.

Three months after their travels to Palm Beach, Meadows and his wife went to the Czech Republic to take part in a bipartisan congressional conference led by the Aspen Institute, a Washington, D.C., nonprofit think tank.

The meeting in Prague focused on U.S. policies toward Europe and Asia. Meadows and his wife participated in the conference, with the Aspen Institute, along with at least three other organizations, financially sponsoring their trip. The bill came to over $11,000.