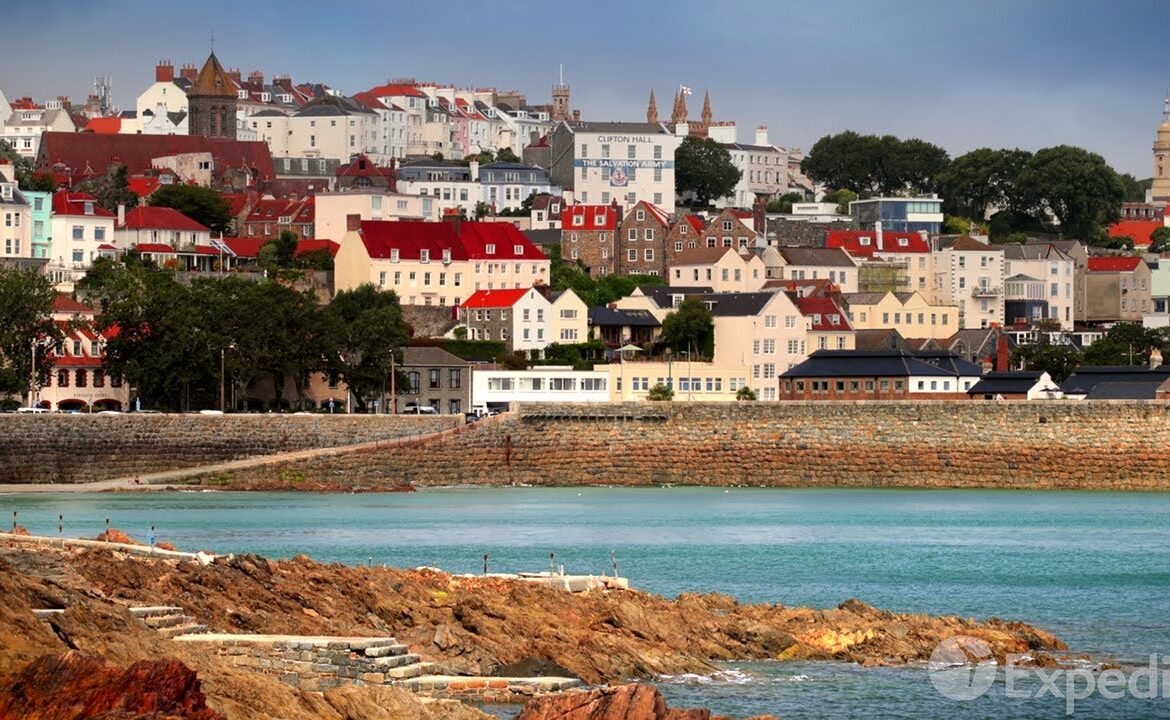 Guernsey is the second largest of the Channel Islands. Just twenty-five square miles in area, this pocket-sized British Crown dependency is big on sunshine, serenity and history.

St. Peter Port, is one of Europe’s prettiest harbor towns. Standing guard over the capital for over 800 years is Castle Cornet, which houses some of the island’s finest museums.

Continue your history lesson back in town, at the Guernsey Museum and Art Gallery.
Just outside in Candie Gardens, stands a tribute to the literary giant, Victor Hugo, who fell under Guernsey’s spell in the 19th century.

Follow coastal paths, which pass coastal forts like Clarence Battery and sheltered beaches like Petit Bot Bay. While Guernsey’s coastline often steals the show, you’ll find plenty to explore inland too, such as the nature trails and floral displays of Saumarez Park and Sausmarez Manor.

Step into the damp netherworld of the German Underground Hospital, a maze of tunnels hewn from solid rock during World War Two. On the outskirts of St Peter Port, a former U-Boat fuel depot houses the La Vallette Underground Military Museum.

After the war, German equipment littered the island. The German Occupation Museum displays an incredible array of this wartime memorabilia, and pays tribute to the resourceful islanders who endured the years of occupation.

After spending a few hours wandering through the shadows of war, stepping back into the island’s sea air and sunshine is all more the sweeter.

Picked for You with love by The TravelCenter. Travel more for less!