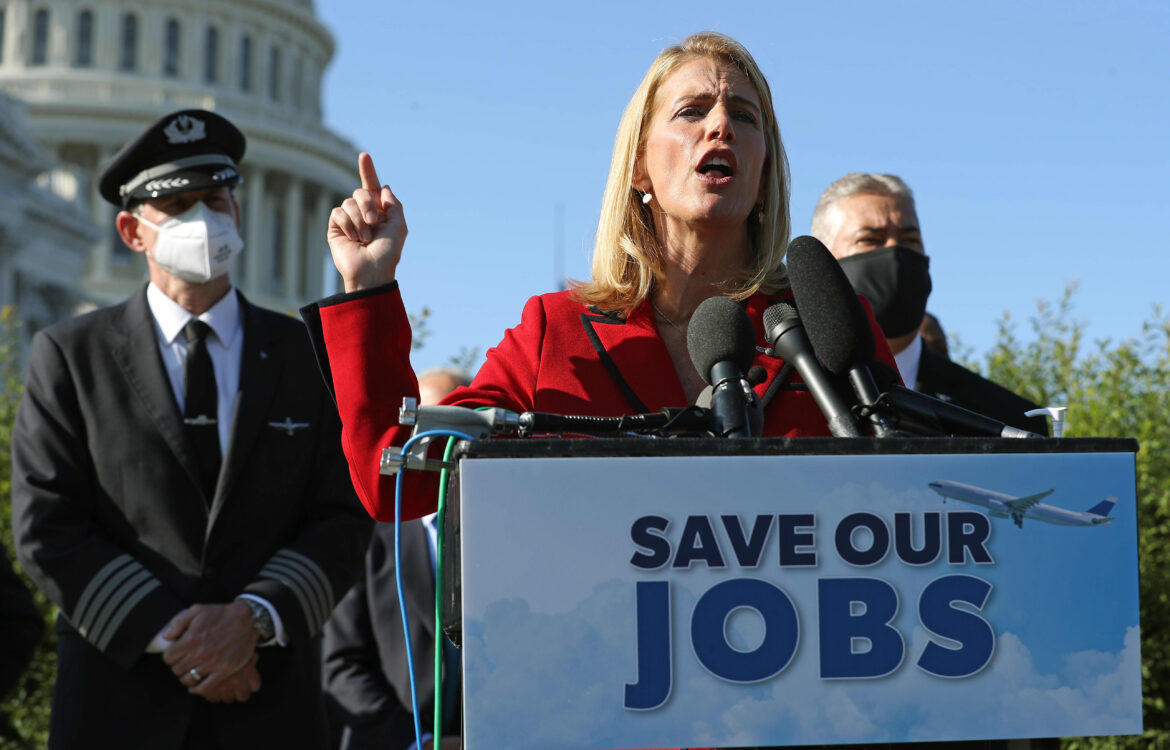 The airline industry is facing its biggest disaster ever as Capitol Hill hits another impasse over a coronavirus relief bill, said Sara Nelson, president of the Association of Flight Attendants-CWA.

“We are experiencing a crisis that is bigger than all the financial crises that the airline industry has faced since airplanes first took flight,” Nelson told CNBC on Tuesday evening.

It has been 250 days since the last stimulus bill passed. While there’s new talk, there has been no action on a new Senate bipartisan $908 billion measure, which includes money for small businesses, state and local governments, and funding for $300-per-week unemployment benefits. Senate Majority Leader Mitch McConnell shot it down, saying he needs to figure out what President Donald Trump will actually sign.

In interview on “The News with Shepard Smith,” Nelson said the March stimulus bill should have taken the guesswork out of negotiations and writing another bill. She said, “[It] was the most transparent, most successful package of all of coronavirus relief, and it’s supposed to be the template that can be used for every other industry.”

Airline workers received financial support through the CARES Act’s Payroll Support Program which was signed into law on March 27. It kept airline employees on the payroll during the pandemic, but those benefits expired Sept. 30. Nelson explained that, as a result of federal inaction, thousands in the airline industry became unemployed. She added that lawmakers could take critical steps to help the ailing airline industry by authorizing another round of payroll support.

“Hundreds of thousands of workers have lost their pay, many are disconnected from healthcare and wondering how they’re going to pay their rent check, how they’re going to get by, and they are in those bread lines right now with a lot of other Americans,” Nelson said. “We have been waiting for this common sense legislation that, right now, would get 95 votes on the Senate floor if it were there for a vote, and we have been waiting for this to get passed since August.”

Air travel demand over Thanksgiving was down about 60% from a year ago. Airlines will have cut the equivalent of about 90,000 jobs by year-end, including more than 30,000 furloughs at airlines like United and American that began last month and the departure of thousands of other workers who accepted buyouts from Southwest, Delta and other carriers.

Boston Consulting Group‘s predictions suggested that travel would not rebound to 2019 levels until 2023 or 2024.

Nelson said she remains optimistic that air travel will bounce back. “We’re going to have the airline industry rebound, and the first time someone gets a business deal because they went there in person, trust me, it’s going to get back to normal.”