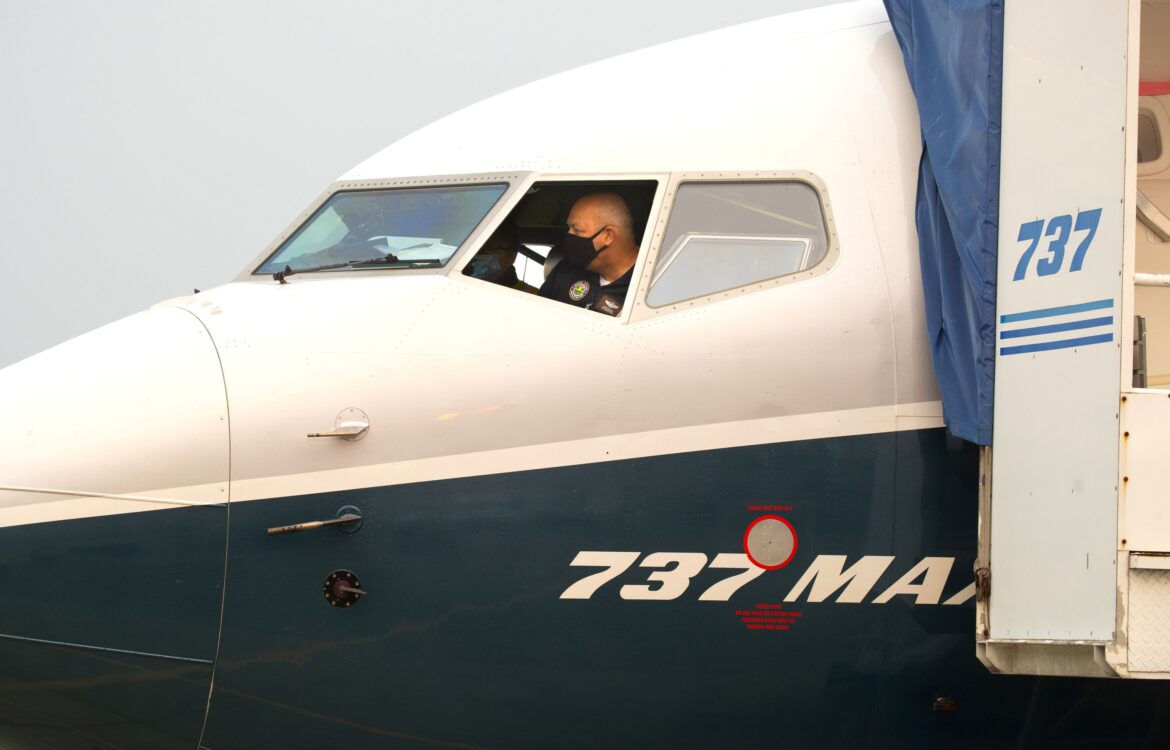 Federal Aviation Administration (FAA) Chief Steve Dickson, sitting inside the flight deck of a Boeing 737 MAX aircraft, conducts a pre-flight check ahead of an evaluation flight from Boeing Field in Seattle, Washington, September 30, 2020.

The head of the Federal Aviation Administration was upbeat about Boeing‘s 737 Max after testing out the plane on Wednesday, the latest turn in the process of getting the jetliners flying again after two fatal crashes.

FAA Administrator Steve Dickson, a former commercial and military pilot, last year said he wouldn’t clear the planes for service unless he flew the jet himself.

The 737 Max jets, Boeing’s bestseller, have been grounded worldwide since March 2019 after crashes in Ethiopia and Indonesia killed 346 people.

Boeing has since made a number of changes to the planes. Pilots in both crashes struggled with an automated flight-control system, which the manufacturer has since made less powerful.

“I liked what I saw,” Dickson told reporters, adding that he hasn’t flown a 737 in almost 15 years. “I felt that the training prepared me to be very comfortable.” He flew the 737 Max 7, the smallest model in the family.

The FAA and other regulators’ review of the planes and the new training that will need to be approved before the jets can return to service are progressing. That could conclude in the coming months, but Dickson reiterated that the agency has no firm timeline.

American Airlines, which had 24 Max planes in its fleet when it was grounded, is preparing to train its 737 pilots on the planes as early as November. Pilot training could take weeks and it isn’t yet clear whether the planes could return to commercial fleets before the end of the year.