Death of the ‘Experience Economy’ gives rise to… 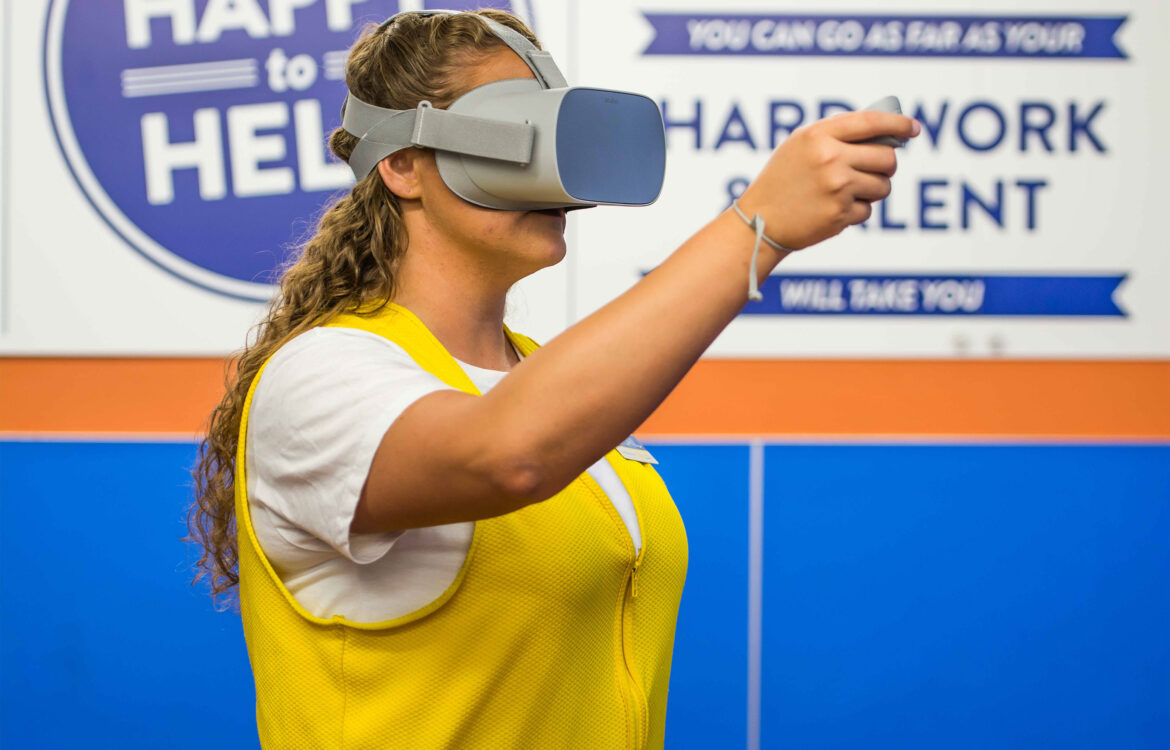 It wasn’t long ago that many companies were doubling down on the “Experience Economy.” There was plenty of money to be made helping people check off items on their bucket list. Seventy-six percent of consumers said they would rather spend their money on experiences than on material items in a 2019 survey  by Momentum Worldwide.

But the coronavirus wiped out what we knew of the “Experience Economy” overnight. For obvious reasons, today’s consumers are staying closer to home and avoiding in-person contact with people they don’t know and trust.

We’ve now entered what market research firm IBTM World calls the “virtual experience economy.”  Consumers want brands to use technology that not only serves a purpose, like making it easier to order a cup of coffee from their car, but also creates a memorable and lasting experience.

Many of us will be meeting on videoconference calls for the foreseeable future, whether we have Zoom fatigue or not. The global videoconferencing market is expected to grow to $8.56 billion by 2027, reflecting a compound annual growth rate of 9.9% from 2020 until then, according to data released in April by Grand View Research. This growth is fuelled by the shift in attitudes about in-person meetings and the recognition that a lot can be achieved without needing to fly around the world.

But the bar for videoconferencing experiences is rising in the virtual experience economy. Innovative meeting organizers are already turning Zoom calls into entertaining in-home experiences. Rather than have a sommelier teach viewers a lesson about fine wines on the screen, they’ll send samples of the wines the sommelier is discussing at home so they can engage together in tastings.

Some of the most interesting interpretations of Zoom rely on augmented and virtual reality. Meeting participants can don a headset and partake in a meeting that makes them feel as if they are gathered together in a boardroom, or any space for that matter. Furthermore, they can appear as a facsimile of their own form or choose an interesting avatar or character. That adds a whole new dimension to meetings.

Many consumers are yearning for a break from their daily routine but are not comfortable jumping on a plane yet. This has spawned a growing market for augmented and virtual reality experiences for folks who are choosing a staycation this year but still have that need to connect with the natural world and the outdoors. With few global vacationers ready to travel to exotic locations around the world, virtual reality technology that transports them there to explore is catching on rapidly.

Helping armchair travellers plan the first trip they take when they are ready to get on a plane again is another hot growth area for AR and VR. Some hospitality chains—from Holiday Inn Express to the high-end Atlantis Dubai—are attracting travellers with virtual room tours. Others are using AR-powered apps to help guests who point their smart phone at local attractions to learn more about them or to create novelty experiences like an app Holiday Inn created to allow guests who pointed their smartphones to see virtual, realistic images of famous athletes.

When people are finally ready to travel, they’ll be looking to do that with a select group of family members or friends they know well, rather than jumping on a crowded cruise ship. Many will prefer remote or rural locations over crowded or densely populated urban areas, as recent data from Airbnb shows.

Tourist destinations that relied on crowds are now promoting socially distanced options they can enjoy when they get there, from walking tours to drive-through concerts.

A growing number will be driven by virtual and augmented reality. The Seattle Design Festival used a virtual reality app called Amp’Up to stage a virtual art show commemorating the art brought about by Black Lives Matter. People who download the app on their phones can use it to view eight virtual artworks that appear on top of existing buildings and iconic sites in the city.

Notre Dame Cathedral has relied on virtual reality to create a film called “Rebuilding Notre-Dame” that shows visitors what the cathedral was like before and after it caught fire in April 2019. FlyView, a company that offers virtual experiences in Paris, has been airing the film. Part of the proceeds from ticket sales will be used to support the rebuilding of the cathedral.

A new spin on experiential learning

Now that many employers and schools have tried virtual methods of teaching and training, many have concluded that experiential learning using augmented reality and virtual reality can be very effective. Technavio’s report “AI in the Artificial Intelligence Sector 2018-2022,”  published before the pandemic, projected a 48% compound annual growth rate for AI driven tools, based on revenue.

The possibilities for using it in education are endless. For instance, Jon Spike, coordinator of instructional technology integration services at University of Wisconsin-Whitewater, who presented at the conference IDEACON in February, used an Oculus Quest virtual reality headset to lead students through the experience of defusing a bomb on the app Keep Talking and Nobody Explodes, in an exercise in problem solving and communication skills.

Meanwhile, Igloo Vision is making a virtual reality software that now helps students at Loughborough University’s Department of Chemical Engineering in the U.K. learn about safety in a live process plant in the oil & gas industry — an environment where there is no room for error.

Meanwhile, AR and VR are also transforming workplace training providing a 3D experience that many organizations find is very engaging and effective. Twenty-three percent of large companies are already deploying AR, and 11% use AR, according to the 2019 Training Industry Report.

This is driving a boom in new technologies. For instance, Tradiebot , an augmented reality app, helps car mechanics learn how to repair a car by overlaying the steps on a car, then offering the mechanic guidance on what to do next. UPS now uses VR in its driver training. Siemens has used AR to train workers how to assemble gas burners; the workers wear smart glasses with built-in training manuals.

Ultimately, this is just the beginning. Waiting for the pre-2020 experience economy to “bounce back” isn’t realistic. Consumers and businesses now want a brand new set of experiences—virtual ones—and the biggest opportunities will come to companies that adapt quickly.

Vikas Gupta is co-founder and CEO of the augmented reality company AVARA Media and a member of YPO.