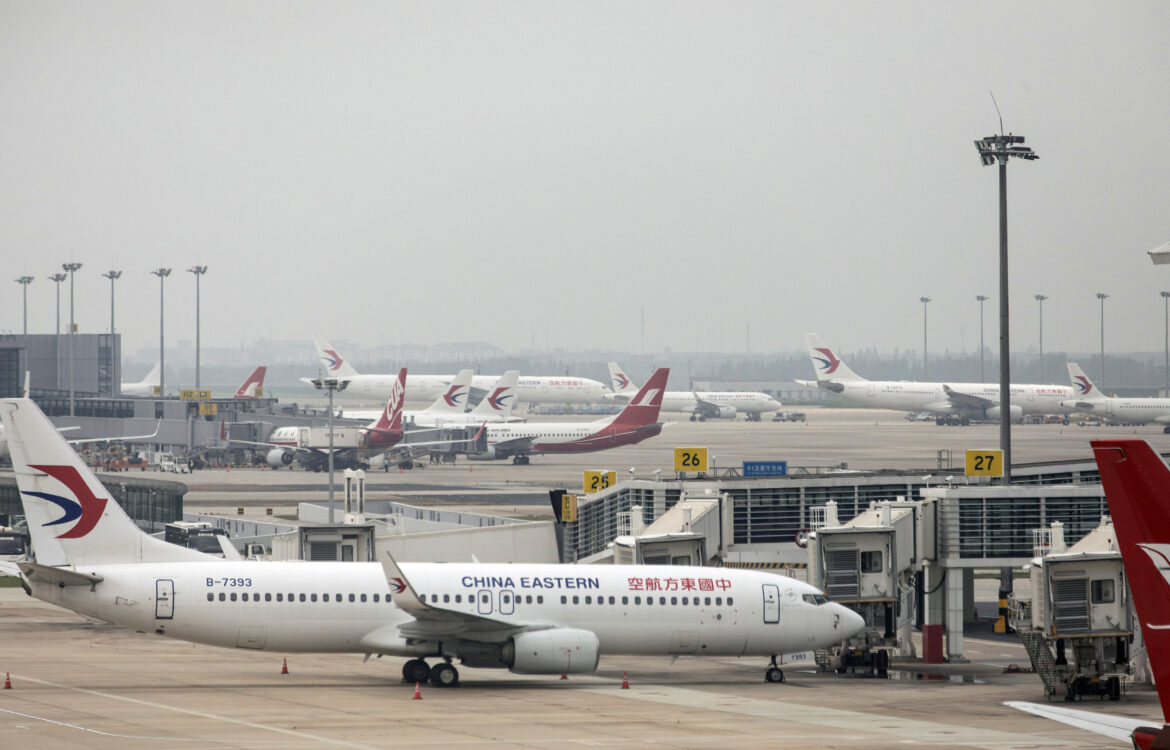 A China Eastern Airlines aircraft stands on the tarmac at the Pudong International Airport in Shanghai, China, on Monday, June 8, 2020.

China’s struggle against the economic overhang of the coronavirus is far from over.

Renewed limits on social activities has dampened the pace of recovery, as evident from the nearly 69% drop in tourism revenue during the three-day Dragon Boat Festival that officially ended Saturday.

The restrictions are primarily in Beijing, where authorities increased social distancing measures and tightened scrutiny on travel in and out of the capital city after a cluster of Covid-19 cases emerged just two weeks before the holiday. Nationwide, many scenic spots are still capping visitors at a fraction of total capacity.

This year, the roughly 48.81 million tourist trips during the festival brought in revenue of 12.28 billion yuan ($1.73 billion), according to China’s Ministry of Culture and Tourism. That marked a drop of 68.8% from the 39.33 billion yuan in tourism revenue during the festival last year, which fell in early June. Nearly 95.98 million tourist trips were made then, according to official figures.

“Tourism and other activity data from the past Dragon Boat Festival holiday (25-27 June) suggest that the recovery in services sector remains weak for some understandable reasons,” Ting Lu, chief China economist at Nomura, said in a note. He pointed to increased social distancing measures and consumer confidence “clouded by elevated uncertainty and high unemployment rate.”

“Due to the travel bans (a)lmost no cross-border trips were made during the Dragon Boat Festival holiday this year,” Lu said. “These data suggest no significant improvement from the Labour Day holiday (in May).“

Covid-19 first emerged late last year in the Chinese city of Wuhan. In an attempt to control the spread of the disease, more than half of the country extended a Lunar New Year holiday shutdown by at least a week in February.

While the outbreak stalled within weeks and much of the country resumed work by April, China faced the new challenge of travelers bringing the virus into the country from overseas. The spread of Covid-19 to major economies in a global pandemic — now infecting more than 10 million and killing over half a million — also hit demand for China’s exports.

The country is trying to shift its reliance from exports to domestic consumption for growth. With international borders largely closed, the hope is that the billions of dollars spent on foreign tourism last year will now be redirected within China. Official figures estimated that in the first half of last year alone, Chinese tourists spent $127.5 billion overseas, primarily in other parts of Asia.

It’s less certain whether most Chinese consumers have the income and confidence to spend on such a level this year, given the shock of the coronavirus. Retail sales of consumer goods in China for the first five months of the year fell 13.5% from a year ago to about 13.87 billion yuan ($1.95 billion), according to the National Bureau of Statistics.

Chinese travel booking site Ctrip said in a report that the pace of recovery in tourist demand slowed during the latest festival from that seen during two other public holidays in the last three months.

But figures indicate Chinese still want to spend on vacations, even if restrictions made it difficult for travel in and out of the capital city. A two-day jaunt to a nearby destination within the country will also typically cost less than a week-long overseas shopping expedition.

McKinsey expects that if all tourism spending shifts to domestic markets, the value gained for China is $238 billion, versus a drop of $52 billion for the United States.

“We do see that travel will come back,” Steve Saxon, partner at McKinsey, said in a phone interview last week. But it may be at least three years for a full recovery in air travel demand, the firm projects.

Beijing Daxing International Airport opened in the fall of 2019 on the southern edge of China’s capital city.

As for Chinese infrastructure built for overseas connections, such as the Beijing Daxing International Airport that opened last fall, it will take longer to see a return on investment, especially as business travel is expected to decline.

“Beijing Daxing and the new Guangzhou Terminal 2 have actually been designed very well for the (internationally) connecting passenger,” Saxon said. “In the next two years, that function will not really be used.”