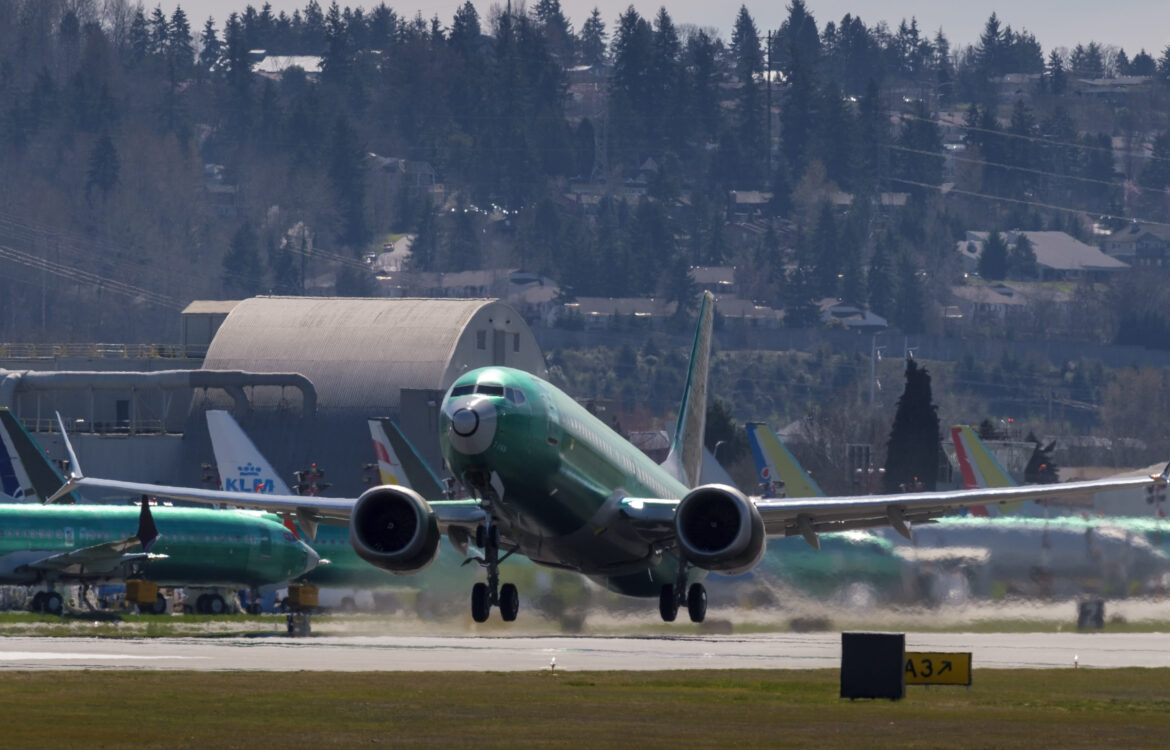 A Boeing 737 MAX 8 airliner takes off from Renton Municipal Airport near the company’s factory, on March 22, 2019 in Renton, Washington.

Boeing on Tuesday said customers canceled another 60 of the company’s beleaguered 737 Max planes in June, capping a bleak first half of the year for the manufacturer.

That tipped Boeing’s net cancellations to 323 planes in the first six months of the year. At the same point last year, the company had logged net orders for 21 planes.

Boeing’s 737 Max has been grounded since March 2019 after two fatal crashes killed 346 people combined. The Federal Aviation Administration late last month started flight tests that would pave the way toward the planes’ recertification, but their review will take several more weeks.

The coronavirus pandemic has handed Boeing an additional and broader challenge as demand for new planes dries up. Airlines are posting deep losses and are racing to shrink rather than add new aircraft and routes.

Boeing’s backlog shrank to 4,552 to planes, a tally that included orders the company periodically removes due to customers’ financial trouble or other factors. For many customers, it was easier to scrap orders after the 737 Max was grounded for more than 12 months.