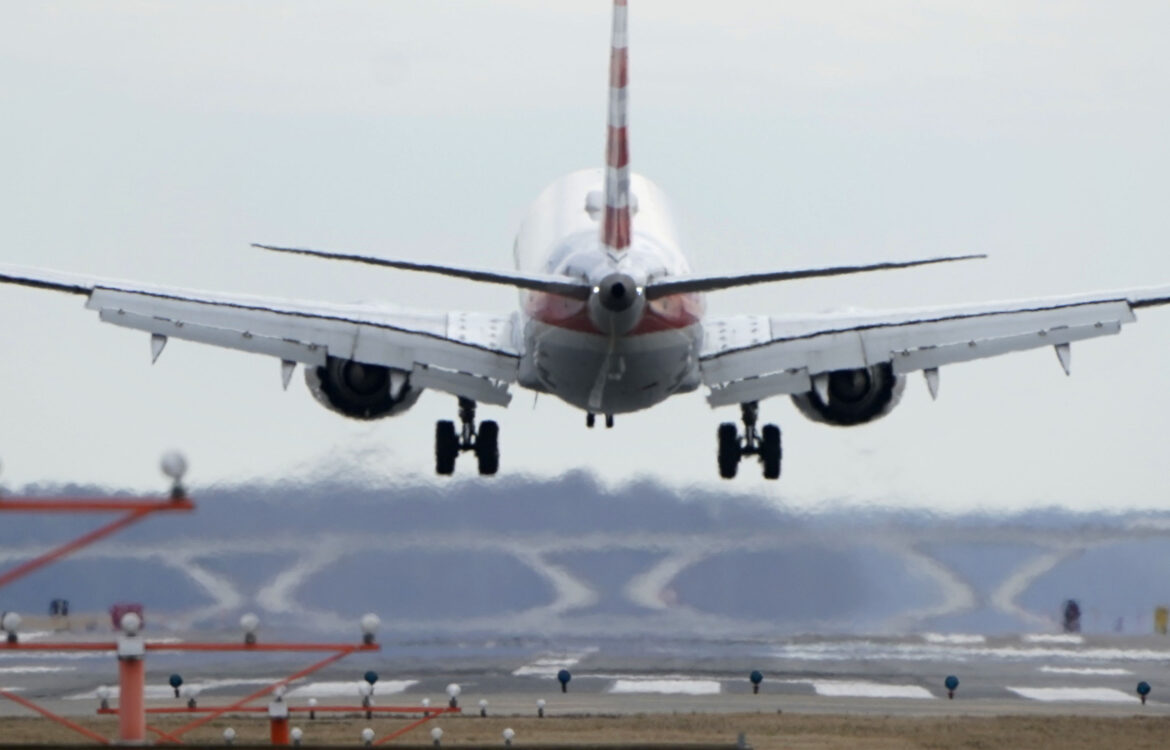 An American Airlines Boeing 737 MAX 8 flight from Los Angeles lands at Reagan National Airport shortly after an announcement was made by the FAA that the planes were being grounded by the United States in Washington, March 13, 2019.

American Airlines is planning to start training its pilots on the still-grounded Boeing 737 Max this November, according to a company memo sent Monday.

The jets were grounded worldwide in March 2019 after two crashes killed 346 people, prompting software and other changes on the aircraft. The Federal Aviation Administration is going through some of the last steps that would allow the planes to fly again but hasn’t provided a specific timeline. The FAA last month issued the safety changes needed for the planes to return to service. Public comments on those changes are due Monday.

An American Airlines spokesman said that the company hasn’t made any “definitive plans” on the Max and that the pilot training date can be adjusted based on regulators’ work.

“With the planned return to service for our B737 MAX aircraft in the near future, we will begin conducting B737 MAX Special Training for our B737 pilots,” Ameya Kingaonkar, director of flight training planning and scheduling, said in a pilot memo, which was seen by CNBC.

Kingaonkar said that the company expects to train all of its 737 pilots on the Max by the end of January.

Southwest and United said they didn’t have any updates on potential 737 Max pilot training.

“We are awaiting the FAA’s guidance regarding the Max, and that guidance will drive our future timelines,” a Southwest spokesman said.

The 737 Max, while fuel-efficient, would return to air travel running at just a fraction of last year’s levels because of the coronavirus pandemic. Last week, the Transportation Security Administration screened 4.9 million people at U.S. airports, down about 5% from the previous week and nearly 70% lower than a year ago.

Airline stocks were down sharply on Monday as concerns over possible further Covid-19 restrictions in Europe amid more outbreaks of the virus.